We Are the Upper Skagit Indian Tribe 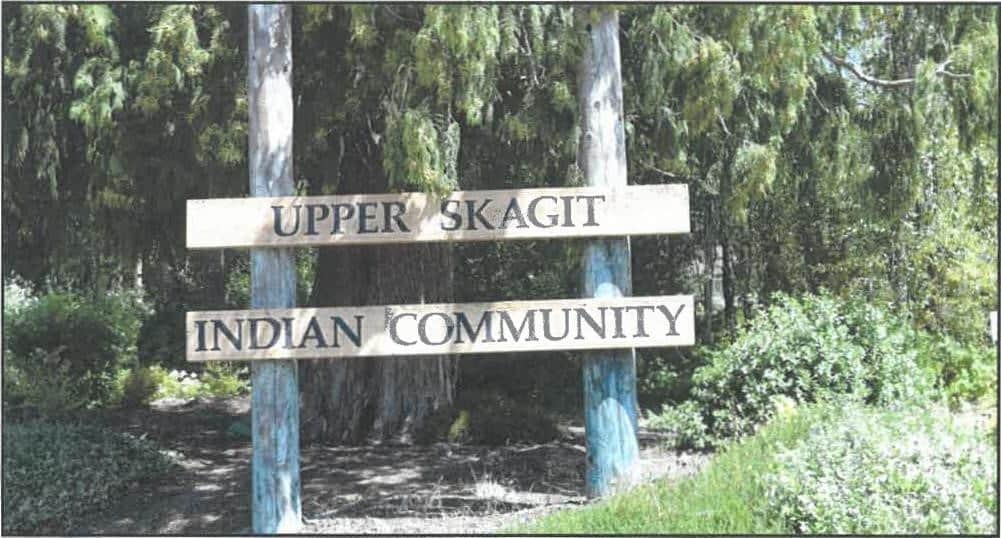 The main campuses of the Upper Skagit Indian Tribe are east of Sedro-Woolley, WA just off Highway 20 on Helmick Road. Administration, Health Services, Membership Services, Elder Services, Housing, Education, Natural Resources and other departments are located at the main campuses. The Hometown Highway 20 Pharmacy is located west of Sedro-Woolley off Highway 20 and Cook Road. The Tribe’s Skagit Valley Casino Resort – The Skagit, The Skagit Ridge Hotel, Encore restaurant, the Market Buffet, and Bow Hill Gas and Food Mart are located north of Burlington at I-5 exit 236.

The Upper Skagit people are descendants of aboriginal bands that inhabited 11 villages from the foothills of the Cascades to the Puget Sound. The Upper Skagit Reservation lies in the uplands of the Skagit River Valley, east of Sedro-Woolley in Skagit County and near Exit 236 along Interstate 5 just north of Burlington near Alger.

Flowing more than 125 miles from glaciers in the Canadian Cascade Mountains, through old-growth forests and farmlands to Skagit Bay in the Puget Sound, the Skagit River is one of western Washington’s largest rivers. It is one of the few rivers that sustain its entire original wild salmon species: Chinook, Chum, Coho, Pink, and Sockeye.

What is now known as north west Washington state was home to a number of Native American tribes known as Coast Salish, which comprised two linguistic groups: the Straits, including the Clallam, Lummi, Samish, and Semiahmoo tribes; and the Lushootseed, including the Tulalip Tribes, Lummi, Swinomish and Upper Skagit. The rivers and the sound sustained the culture that inhabited the area and the tribes flourished, thanks to the bounty of such natural resources as salmon, shellfish, sea mammals, upland game, camas root, and cedar trees.